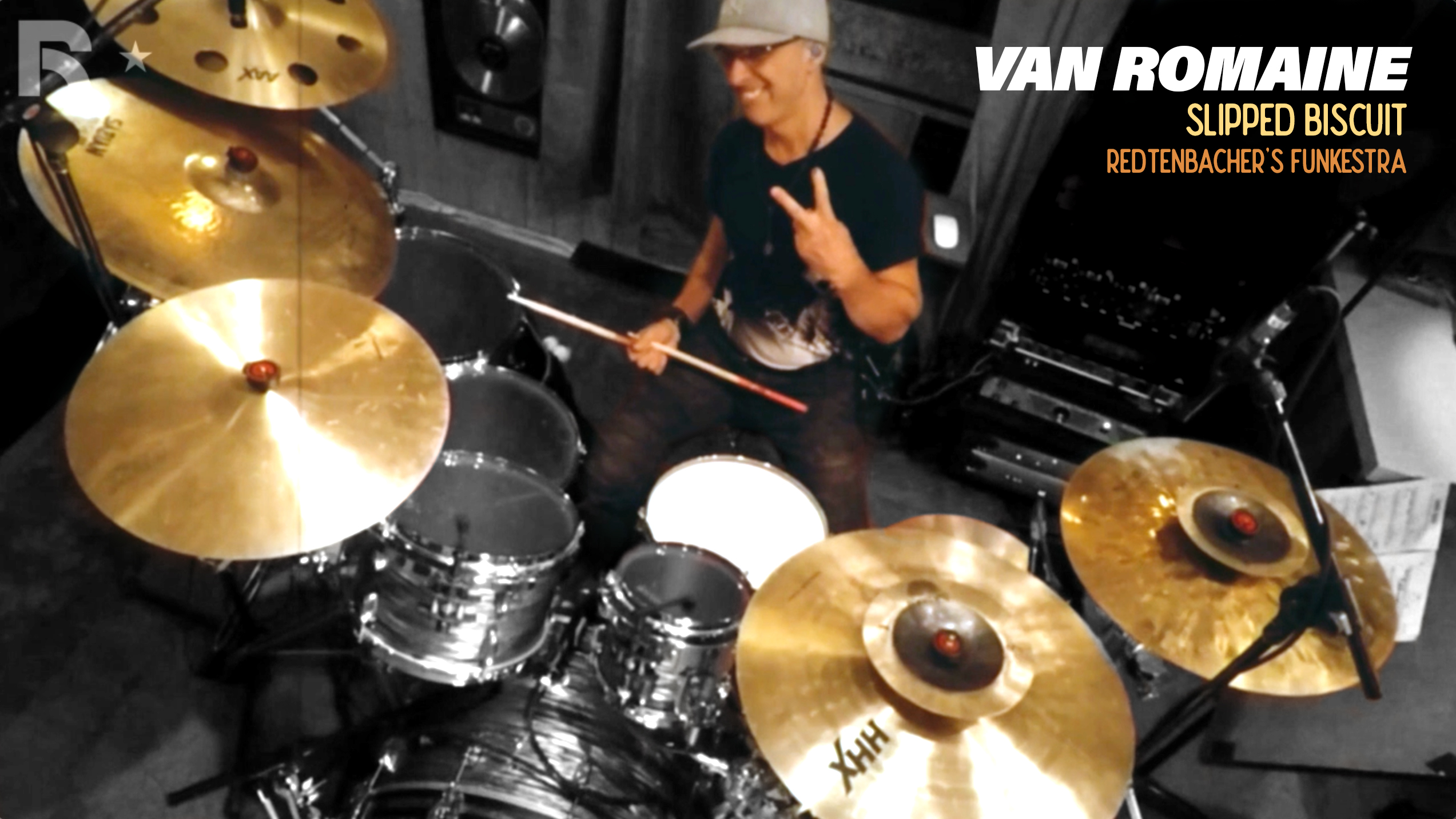 Watch his video and performance HERE.

It was a very enjoyably journey to work with Van on the end result; very easy to work with and a top pro. He really went beyond the call of duty on this one and his enjoyment playing the track is abundantly evident in the video.

Having grown up in Austria in the 80s it made me smile that Van is the drummer and musical director of Nena and her ’99 Lufballons’ – also yet another proof that a great song can be the rocket launcher for a longlasting career.

Another ‘smile to myself’ moment was when I watched a video with Van performing with Deep Purple at the Royal Albert Hall alongside my teenage heroes Ian Gillian, Ian Paice, John Lord, Ronnie James Dio, Roger Glover, David La Rue, Steve Morse and my friends Aitch McRobbie, Pete and Sam Brown (Mike Sturgis and myself played on both their solo records ‘Of The Moment’ [2007] and Pete’s first solo record around the same time).

Mike and I also had guest passes for an Enrique Iglesias concert at the Albert Hall. This was the first time I met Van after Mike has told me a fair few University of Miami stories where the two were drum students of Steve Rucker and ‘iron man’ concert  jazz band leader Whit Sidener. Musically it was hard to tell what was going on that night as it seemed that the hall was filled with teenage girls who decided to shout and scream from the beginning to the end of the concert – what a great vibe though and Van totally smashed it!

Factoid: Van used to call Keith Carlock to dep (sub) gigs he couldn’t do when he was on tour. I L-O-V-E all these small stories of connectivity and how it all hangs together.

Facit – all round awesome performance and a big thank you to our regular Funkestra drummer Mike Sturgis for hooking me up with his drumming buddy from his days at the University of Miami. I hope Steve Rucker will have a listen to his former protégé! MASSIVE THANK YOU to Van for being an all-around super cool guy to create music with!

PS: This is what Van had to say about it all:

“Cool to be featured on the London based Redtenbacher’s Funkestra music also featuring drummers Benny Greb, Keith Carlock, Stanton Moore and Mike Sturgis. It’s normally quite challenge tracking drums last with a band this size but smooth with these groovers! Drums tracked at my joint – Live Wire Studio mixed by Eddie Caipo for the full vid HERE.