A while ago we created a couple Masterlink Session videos with young Blues artist of the year 2020 and 2021 Connor Selby.

We were all impressed by Connor’s musical majurity, love for Ray Charles, all things ‘classic Blues’, his fascination of the ‘death tempo’ (playing very, very slow) and effortless delivery live in the studio. Connor can sing and play for real AND he is bringing his own tunes to the table.

He was really happy with our MLS versions of ‘Falling In Love Again’ and ‘That’s Alright’ and he decided to record his whole album with the MLS crew, i.e. the Masterlink Sessions studio house band (a.k.a. Redtenbacher’s Funkestra), James Welch and Leo Mansell – my MLS partners in crime.

What’s more he asked me to produce the record. I was well pleased about it as this also strengthened my own bond with the Blues. In the ca mid-80s Blues was not exactly fashionable and this was a time before ‘The Commitments’. I played bass in a band run by the late and great Bernie ‘Big B’ Auer who was into Stax (Sam & Dave, Otis Redding, Albert King) and the Blues Brothers who had their break with their Saturday Day Night Live sketches. They hired original Stax label musicians guitarist Steve Cropper and bassist Duck Dunn (from the Booker T & MGS heyday in the 60s) and this was when I was introduced to their timeless tunes and playing which I still love today.

Blues artists like Johnny Guitar Watson, Albert King, Buddy Guy and, of course, Mr BB King himself have been steady companions over the decades and collaborating with Connor was a great opportunity to create some awesome Blues, wearing our influences on our sleeves. 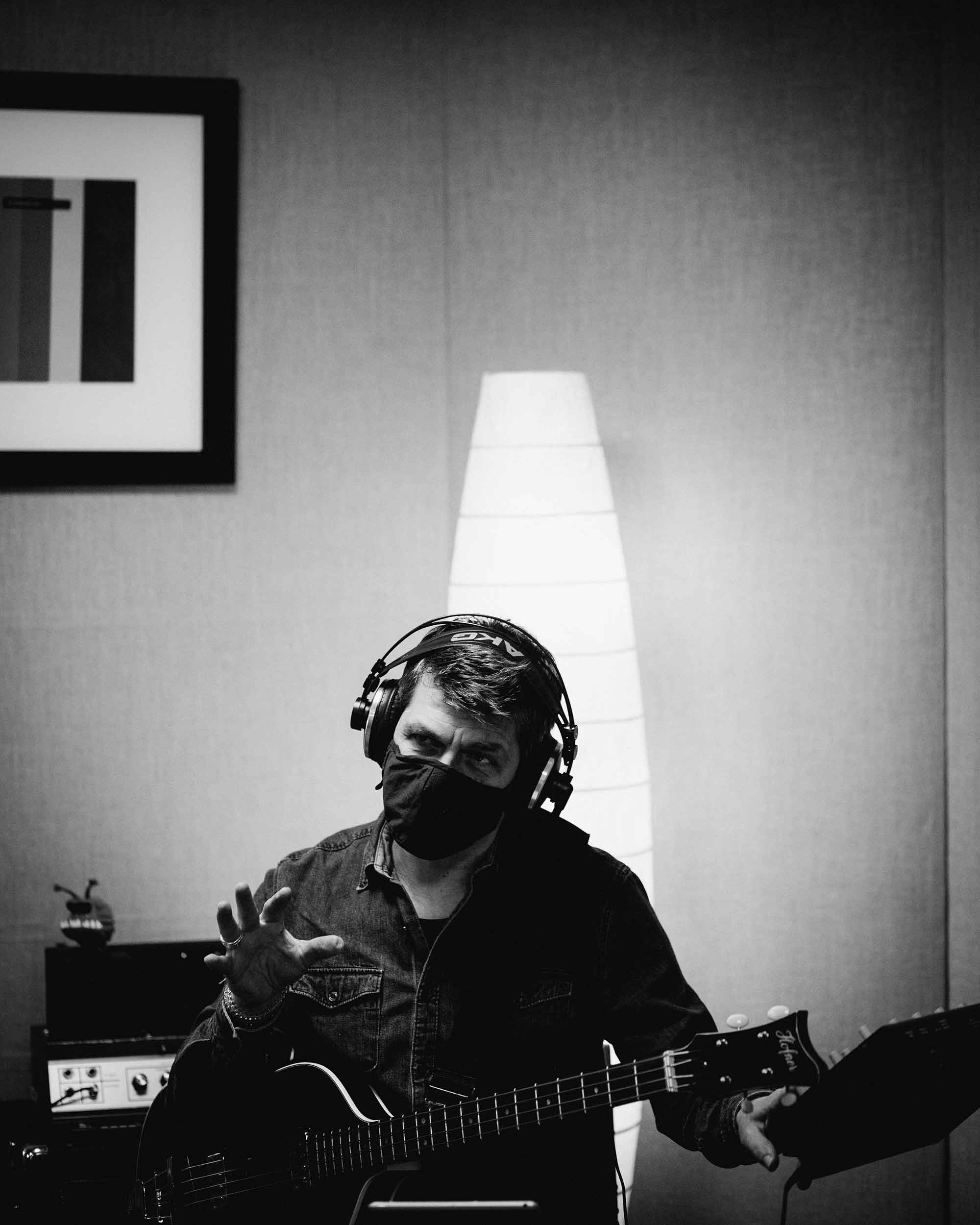 It was fun to cut the entire album pre-dominantly live in the studio with my trusted friends and ace musicians Mike Sturgis on drums, Liam Dunachie on vintage keys (Wurlitzer, Hammond), Tony Remy on guitar on a few tracks as well as guitarist Joe Anderton on guitar – who is Connor’s long-standing musical partner. For a few tunes we also recorded MLS regular Mike Outram on guitar, a horn section (Paul Jordanous on trumpet, Andreas See on saxophones and Richard Beesely on baritone saxophone) as well as Louise Clare Marshall on background vocals. A very enjoyable journey and dare I say it, all done during the pandemic which cost Connor his support slot for the Who world tour. I hope our creation has made up a little for it and I’m sure it can happen in the future.

The album has been very well received by the Blues press and radio, as well as some Spotify editorial playlisting. I’m very pleased for Connor and which him all the very best with this album. Can’t wait for him to come back and record some more with us!

Watch Connor Selby in this ‘Live at Masterlink’ live stream hosted by True-Live and go and see him live in a town near you to show your support and enjoy some great Blues.

Special thank you to Mark Ede from the BiGiAm agency for the introduction.

British blues has a rich heritage.  Alexis Korner, John Mayall, Mike Vernon, Eric Clapton, Jimmy Page and Peter Green are amongst a small army of august names who helped shape and define the movement born shortly after the mid point of the last century. Since then a few contenders have come and gone, but, overall, there are conspicuously too few artists carrying that torch in today’s industry, some 50 plus years later.  24 year old Connor Selby is far too modest to take on this mantle and welcome those comparisons, perhaps, but the reality remains that his self titled album released on 10th of September will surely secure his position as the emerging light of British blues.

For young as he may be, this album represents the point where the promise turns to solid achievement. And remember this is a guy who has already played Wembley Stadium, at the behest of The Who.

A remarkably mature work, Connor shows his impressive armoury of not just outstanding guitar playing – which, in contrast to so many other young gunslingers, is pleasingly appropriate, direct and to the point – but also his remarkable vocals, backed by knowing songwriting.

Produced by experienced polymath musician and bandleader, Stefan Redtenbacher, the album features the Masterlink ‘house’ band with heavyweight musicians such as guitarist Tony Remy (Jack Bruce, Annie Lennox, Herbie Hancock), drummer Mike Sturgis (Elton John, David Bowie, Wishbone Ash) and Jools Holland vocalist Louise Marshall, to name but three. But as Stef is quick to point out ‘this is very much a Connor Selby album – they are his songs, his vision, and we acted just light hands on the tiler, helping bring this album to life, letting his considerable talent come to the fore and placing it very much front and centre. 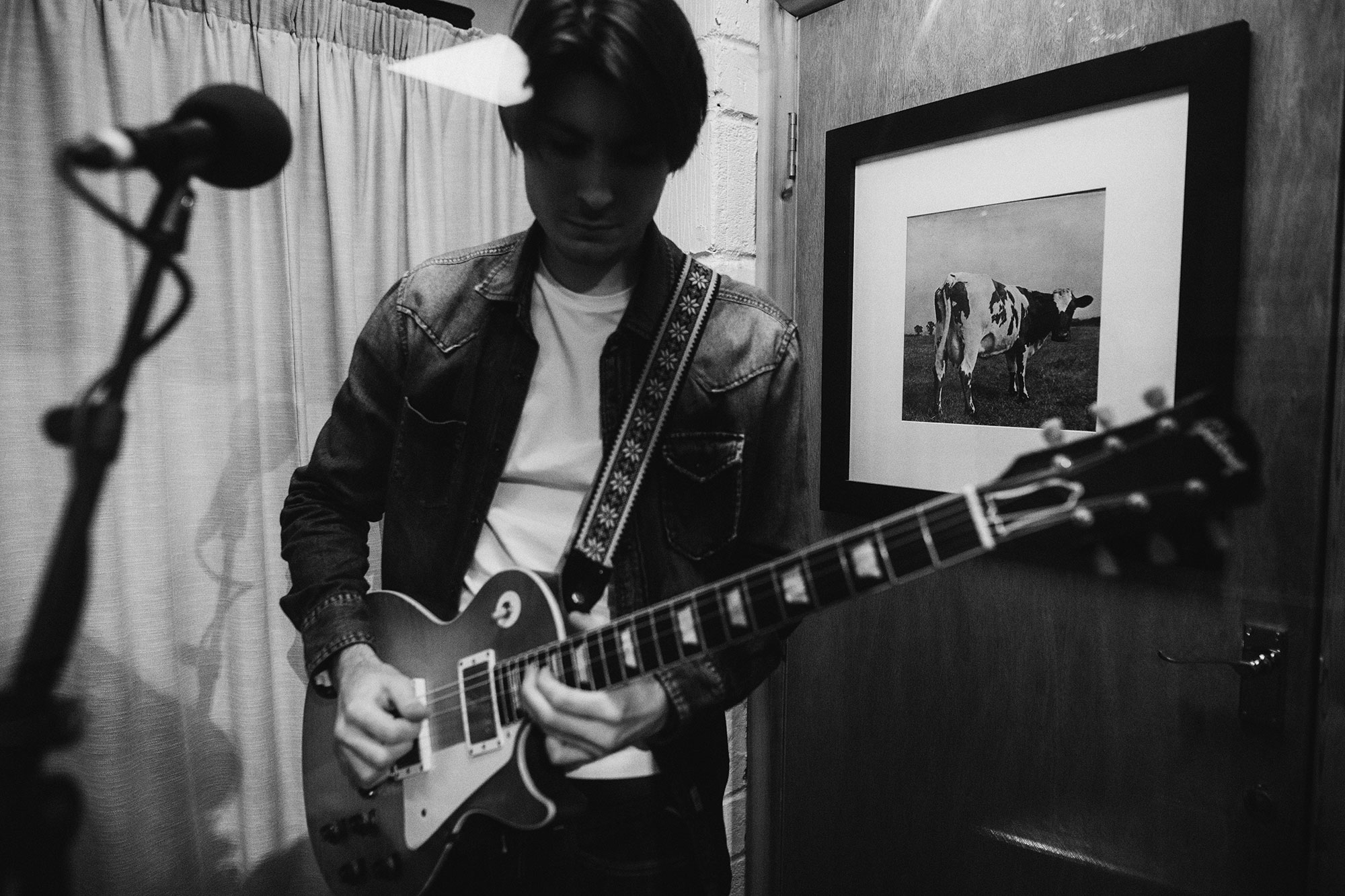