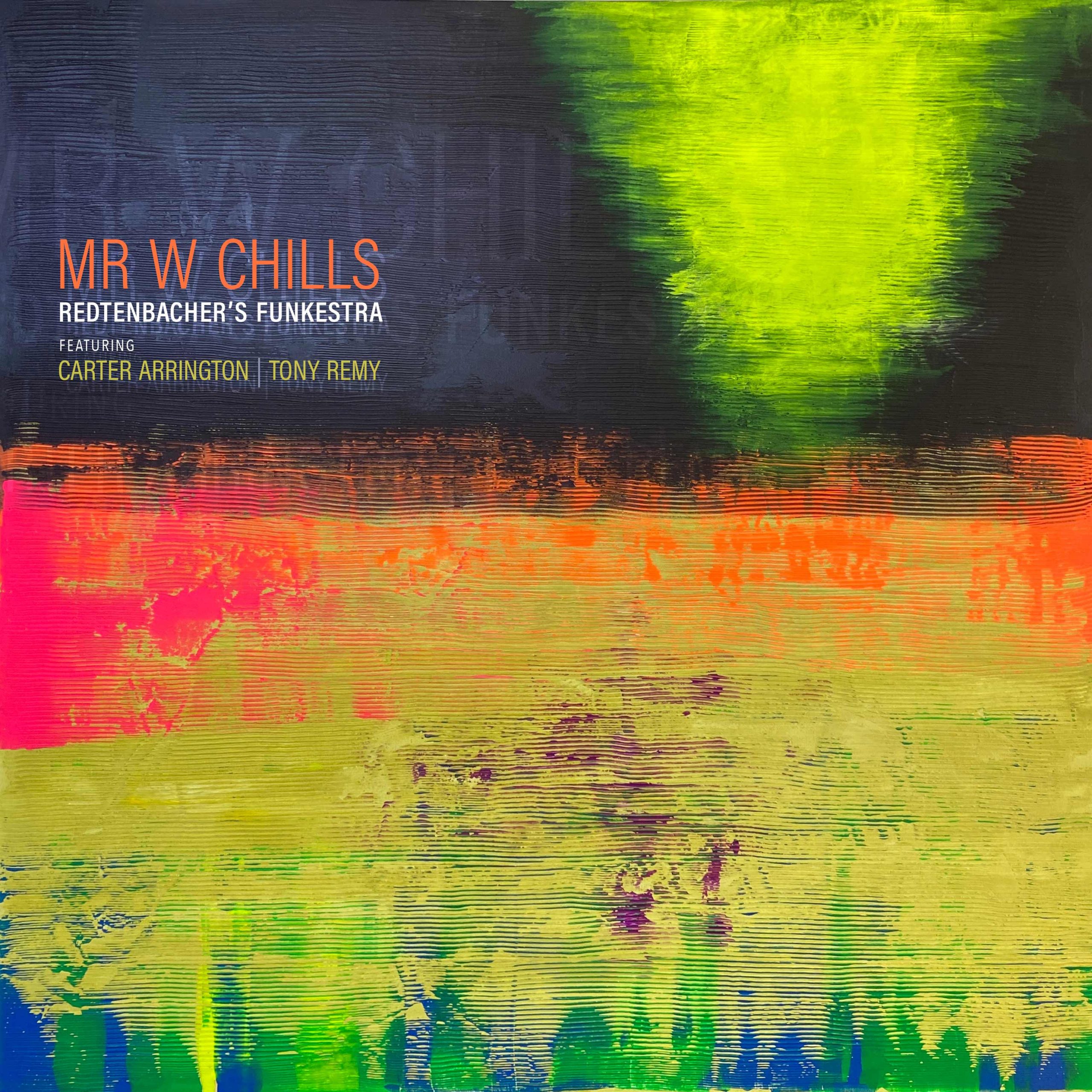 Listen on your favourite platform HERE.

Get the sheet music HERE.

Recorded live-in-the studio at Masterlink Productions studio (home of the Masterlink Sessions). Mr W Chills will form part of a new Redtenbacher’s Funkestra album ‘JONKY’ to be released in 2023.

The Masterlink Sessions house band (aka Redtenbacher’s Funkestra) continue their journey without horns in the footsteps of Stuff, the Gadd Gang, Average White Band and George Benson.

Encouraged by the inclusion of ‘Ghostfish’ to the Spotify ‘String Theory’ playlist, the guitar driven album ‘JONKY’ is now nearly finished, this being another single from it.

(in alphabetical order of last name)

We hope you’ll like this chilled out Jazz Funk track featuring Tony Remy and Carter Arrington on guitar.