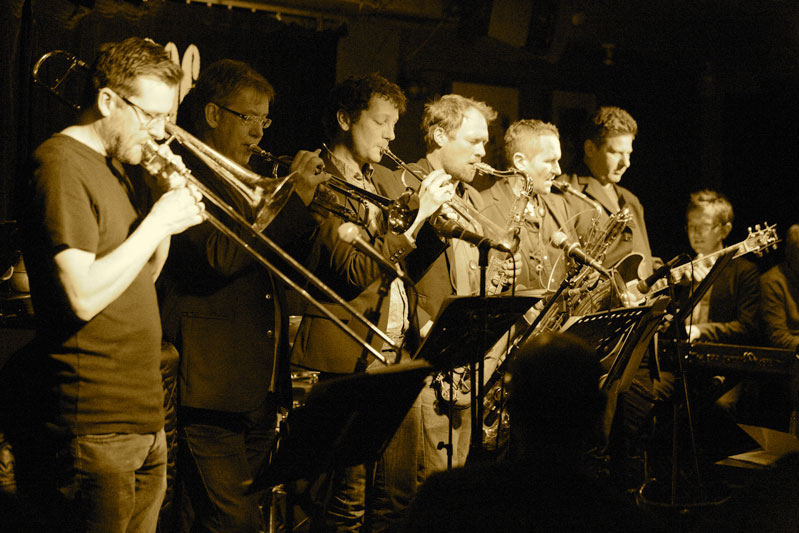 I?m thrilled that Big Bands in the UK, US, Germany, Holland and Austria have been performing the music of the Funkestra and having a funky BLAST along the way!

Download the music in PDF format directly from our store.

Big Bands have a choice of:

Each tune comes with a link to a reference recording and some performance notes for the bandleader or MD.

If you don?t have the luxury of a full blown Big Band you could also download some arrangements for smaller outfits:

If you want to practice any of the individual parts along to the the original recording backing tracks, just download them in the innovative AudioSheetMusic? format from KnowledgeRocks:

The vast majority of the tunes were written by Stefan Redtenbacher and the horns adapted for Big Band by Peter Tomasso (except were indicated on the charts). The original horn arrangements were co-written by Stefan Redtenbacher with Sid Gauld, Peter Tomasso and Michael B. Nelson. The string arrangements were written by Pete Whitfield. All charts are professionally (and beautifully, I might add) engraved by Phil Knights from GED Music.

If you wanted a ?bundle? deal (anything from 5 arrangements upwards), just email me on info@stefanredtenbacher.com and I?m sure we can work something out.

Generally, as a rule of thumb, it is ?3 per part (including the full score in the respective bundle).