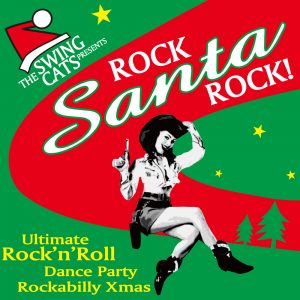 ‘Santa?s got a brand new bag thanks to Austrian bassist Stefan Redtenbacher and his crew, who convert classic carols into booty-shaking instrumental grooveathons. Shake your jingle bells.’

(About Darryl Sterdan: National music writer Darryl Sterdan is old enough to know better. He lives mostly in his head but also on his couch in Winnipeg, where he listens to music, thinks about music, writes about music and obsesses over music 24/7/365. Not that there’s anything wrong with that. But he really will have to get that couch cleaned one of these days [from Toronto Sun].

——————————
And in addition to all this funky feedback Our track “A Very Funky Christmas” was selected for a Japanese Christmas compilation called “Rock Santa Rock!” released by the Japan-based Rambling Records. Yee haw!

——————————
And a big thank you to ‘Mr. October’ who has us on heavy rotation during the ‘May The Funk Be With You’ radio show on KVRX, a FM radio station in Austin, Texas. Their strap line is: ‘None of the hits – all the time’… we love it and we are in great company with The Sugarman Three, Johnny Guitar Watson and Smoove & Turrell.