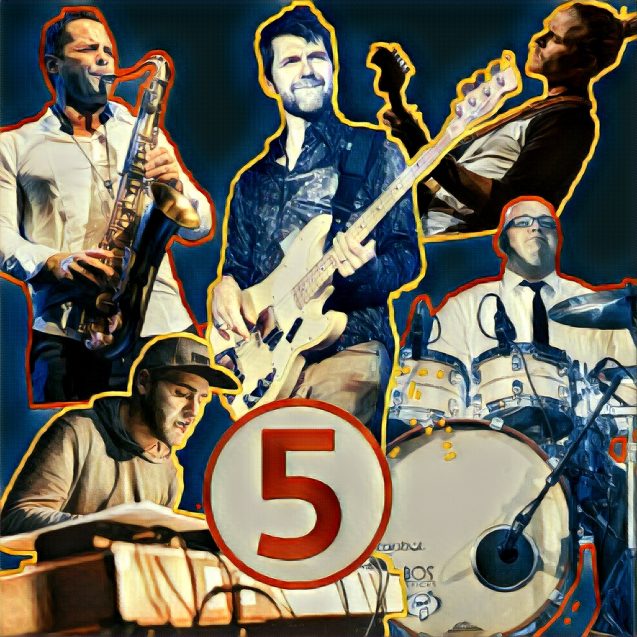 Traditionally Mid-June to Mid-July is wonderfully full on and this year has been no exception. After the whole GDPR ?marlarky? I?m writing to you, a much smaller group of subscribers to my ?adventures in funk land? newsletter. For those of you who decided to opt back in I hope you?ll find my adventure enticing enough to stay on and read about what I?m up to.
Thank you for your continued support and interest!

The last three months have seen three single releases by Redtenbacher?s Funkestra featuring vocalist Helena May, all on my RSB Records:

Have a listen HERE.

Helena and the Funkestra are a really good fit and Helena has brought another dimension to our live shows – which, in essence, are often ?double-shows? – so both lovers of instrumental Jazz-Funk and listeners who like to listen to vocalists and also sing along to some of our funkified re-imaginiations of pop songs can have a funky good time.
Whether you are in one, the other or both camps – good news – there is more of all on the way! Expect more releases over the next few months.

It was fantastically good fun to travel with vocalist Helena May to Austria and perform with Backwood Five & friends – we had an absolute ball and it was happy faces around. A massive thank you to Joseph Hinterhoelzl (AKA Joe Backwood) & his family for making it all possible – here is to many more! HERE some iPhone footage.

We are also pleased to have a spanking new website – ?Hard hitting Fuzz for Groove Jam Lovers – since 2016?. Have a look around, get social and leave us feedback on your favourite channel!

I?ve also taken my version of the ?wrecking crew? back to James Welsh and his exquisite Masterlink Production studio. Mike Sturgis (drums), Mike Outram (guitar), Ross Stanley (vintage keys) and myself were recording two tracks for the new instrumental Funkestra album and two for the Red Funk Orchestra, my string and funk project with master string arranger Pete Withfield. Can?t wait to record some overdubs with Karl Vanden Bossche in my very own ?Funkhaus recording studio?. 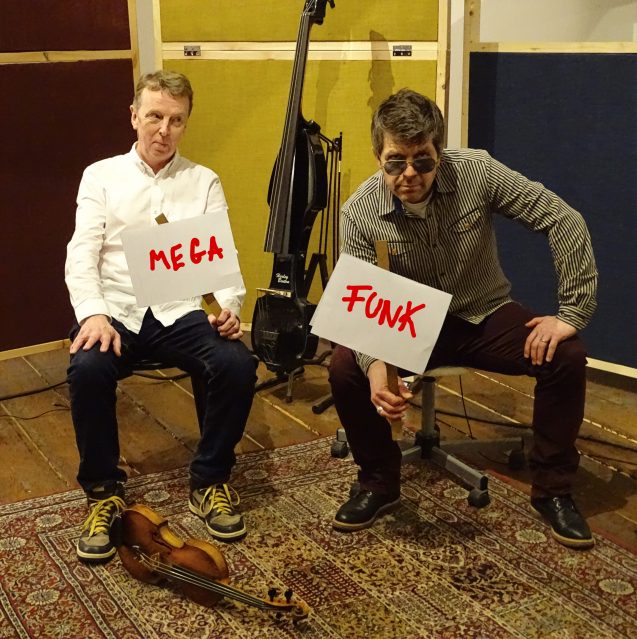 I?ve been back at British Grove Studio with the Staks Band to record another bunch of songs for the forthcoming album. It was great to record live with amazing Beverly Knight, Steve Overland (FM), Shean Williams and Roachie. It was also a great pleasure to meet legendary vocalist Madeleine Bell – she is great and still full of beans – fantastic vocals too!
Can?t wait for the album to come out and hear the sounds that producer Andy Wright is cooking up!

Not sure how many time we?ve played at Cornbury Music Festival with the Staks but as always, we had a blast with Roachie, Shean Williams and Eli ?Paperboy? Reed who is just the dude! You must hear him play the Blues harmonica! Exciting stuff indeed!

Thanks for the wonderful ears of Leo Appleyard I?m hoping to be able to present you with the album ?A little book of Jazz? by ?The Red Counts? very soon. Who are they? Basically the jazzier sibling of the Funkestra, giving my Blue Note/Real Book inspired originals a lovely outlet – recent gigs have been with Piers Green on sax, Gunther Kurmayr on piano, Ross Stanley on Hammond and my trusted funk bros Mike Sturgis (on drums) and Eran Kendler (on guitar). 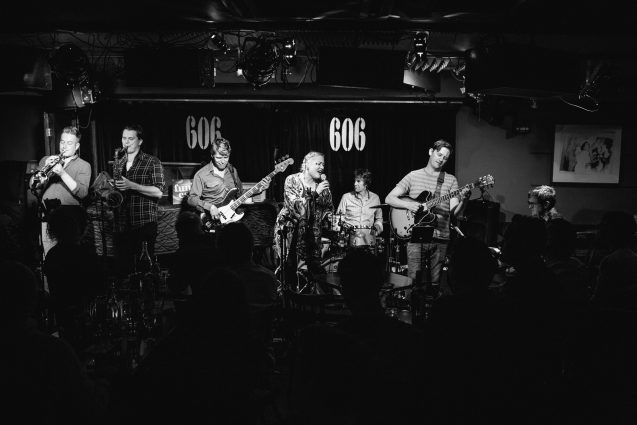 16th of September
Jazzbrunch Linz (AT) 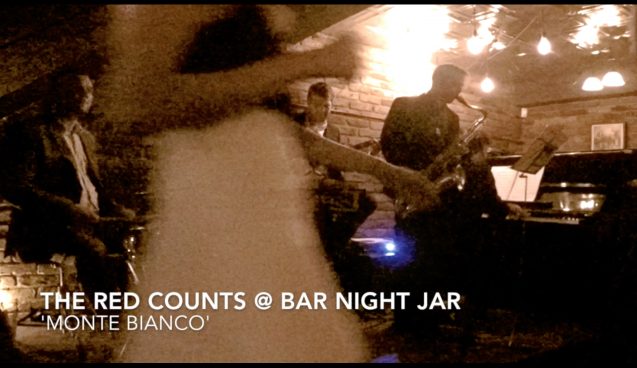 Want to hear about more adventures in Funkland? Read on:-)

RSB Records – I know, I know – who cares about a record label, it is all about the music. Of course! However, just to let you know that a lot of my creative output is coming together on this site – real sexy bass music – have a look around HERE.

The movie and soundtrack are out now – get your copy HERE.

Super-pleased for having contributed the soundtrack for this great movie for bassists. Having Michael Manning on the soundtrack with a song dedicated to Jaco is also very special! Have a LISTEN. 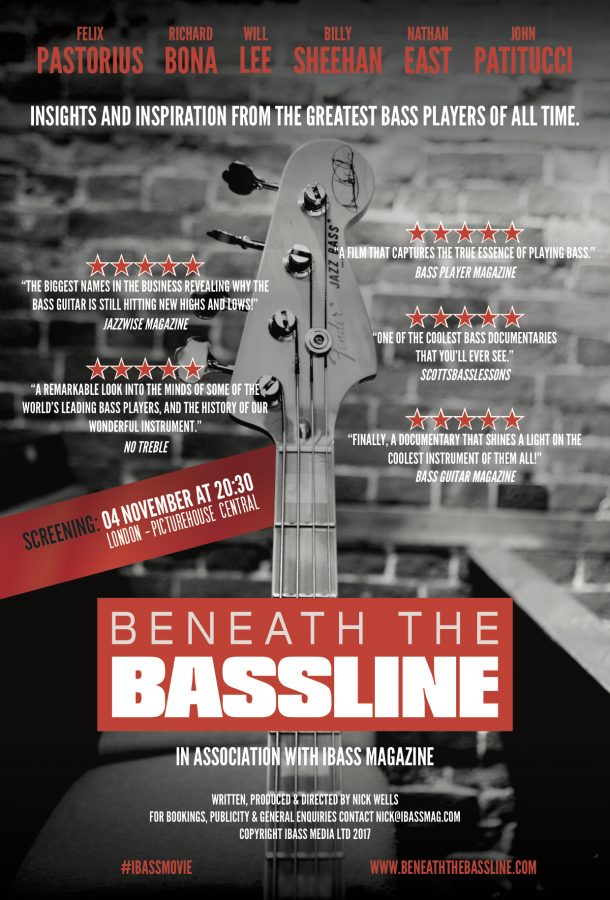 There are two through-lines for the film: The first is rising English bass star Stefan Redtenbacher?s potent score, with his horn-infused Funkestra. (The movie?s soundtrack album also includes an original by Michael Manring, who appears in the film.) The second is Will Lee.? (Chris Jisi, editor of the US Bassplayer Magazine)

Toxic Traces – Stefan Redtenbacher?s Funkestra featuring Helena May, recently released a cover of Britney Spears? 2004 single ?Toxic?, because why not? Redtenbacher, a fearsomely accomplished bassist, initially played the songs as part of his jazz-funk band?s regular 606 Club shows, which led to the recording of the single. We?ve heard it, and it?s nuts; do consider purchase, and what?s more, make sure you catch the Funkestra live? (Joel McIver, editor of the UK Bassguitar Magazine)

Thank you for reading and being part of my journey. See you soon ?in the field?!