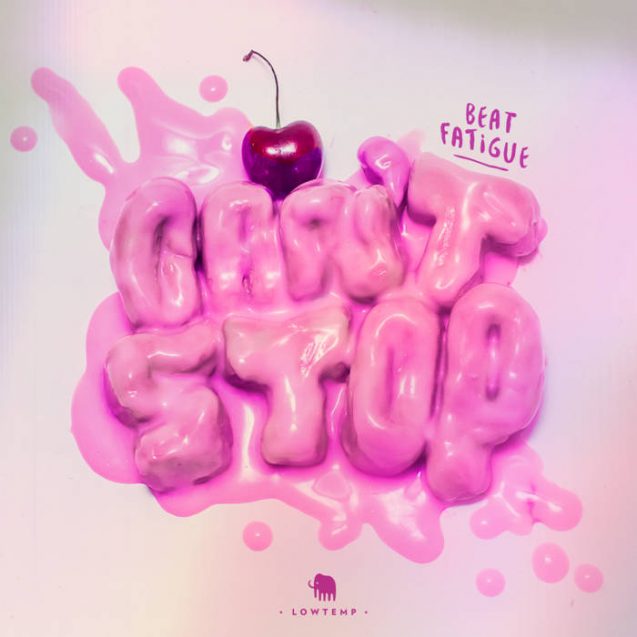 I love the story of how this fantastic re-edit of ?Walking? Struttin? Strollin? came together. In recent years I’ve become more interested in electronic music, in particular electro swing and glitch Funk/Hop.

My roots are in 60/70s (jazz funk) but for me it is also important to embrace other decades and of course contemporary developments. I certainly don’t won’t to be stuck in 70s jazz funk and become solely a retro or pastiche artist. The concepts of embracing different decades also starts to influence my band’s line up and I cherish gigs when the make up of the band spans musicians with birthdays in four, even five different decades. I love the counter flow of experience, energy and enthusiasm.

Listening to a good mix of glitch funk artists I discovered Beat Fatigue – and the funkiness and upbeat nature of the music really connected with me. After hearing a few tracks I jumped onto Bandcamp and immediately bought the entire back catalogue and played it on a near constant rotor for weeks on end, at times, self admittedly, at ridiculous volumes (don t try this at home;)

As I found out that ‘Beat Fatigue’ also played a mean jazz funk guitar and used to be in a Dutch horn band before the programming bug bit him for good.

BF: ?I think my dream band to play with would have to be Steve Jordan on drums, Richard Bona on bass, Steve Weingart on the keyboard, Joshua Redman on the Sax and Scofield on the guitar. Haha, that would be a real nice jam right there? Yeahh, I?ll just keep on dreaming.?

Clearly his musical sensibilities overlap with my own so I thought I should get in touch asking if any of the tunes of the Time Thief album would inspire him to create a total rework in the unmistakeable Beat Fatigue style.

The response was so positive and energetic that within weeks it was done and not only was I surprised with the fantastically funky outcome but also the energetic and upbeat nature of Rob, the mastermind! I think we both enjoyed this musical journey and I have a feeling that this was certainly not our last collaboration. Overused but yet ‘watch this space!’

(With plugs, of course;)

Beat Fatigue is a 25 year old producer, DJ and guitarist from Amsterdam. He was ten years old when he first picked up a guitar. Inspired by his heroes such as John Scofield he produces everything funky.

Funky wobbly swinging bass-lines with jazzy chord progressions, some recorded midi layers, effects, vocal chops, punchy drums and a guitar-jam on top of it is what you can expect of his sound.