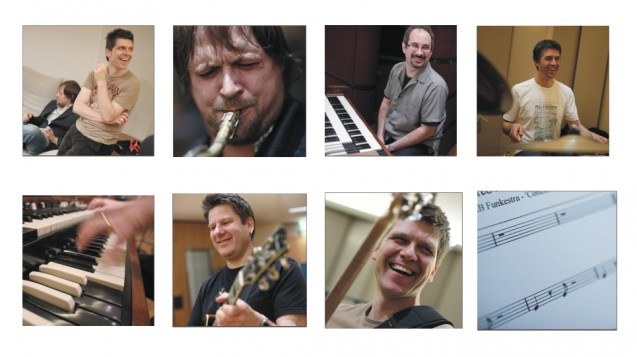 This has been a long time in the making and finally ‘The Cooker’ full scores and instrumental parts with their respective minus-one tracks are available on the brand new, all singing and dancing, FREE iPad app, KR Player. 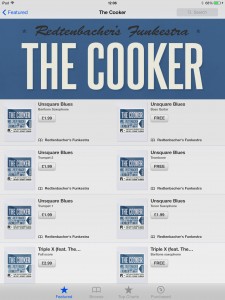 The absolute beauty of this app is that my sheet music is synced with the audio and the music scrolls perfectly without the need to touch the iPad for page turns or having to use a pedal.

The icing on the cake is that you can loop sections (for those tricky bits or just to jam over a funky vamp) and that you can change pitch and time.

Changing time is great as you can slow down the entire tune or sections to get your head, ears and fingers around a track. You can also speed up a tune if you feel the need to burn on your instrument after too many cups of coffee or Red Bulls:-)

Changing pitch is also absolutely awesome as you can challenge yourself to sight-transposing exercises or perhaps wanting to jam over a funk vamp but in a different key.

The whole thing is also great to send KR files to the various musicians that come and play with us if they choose to check out the tunes beforehand.

Overall – this app is super cool and filling a real void in the current app market for the iPad. And of course, finally I have another avenue to get my music to you, the playing audience!

Download the app for FREE. Once downloaded go to the KR store (by tapping on ‘store’ on the top left in your library) and tap on ‘The Cooker’ banner on the top right. This will bring up all the sheet music for the album. What’s more there are FREE files for each track on the album.

You can get the following KR file on the KR store:

There is also a flute part for ‘Tricknologists’ and currently I’m working on Eb Alto parts instead of the Bb Trumpet parts. No matter what horn you play – you will find something on the KR store.

PS: You also will be able to find my ‘in session’ tracks from the iBass Magazine on the KR store as well as tunes from other Redtenbacher’s Funkestra records. I’m planning to frequently add content and will make sure to let you know about it. Once I’m finished with ‘The Cooker’ I will upload the full score and charts for all instruments from the ‘Concubine Chronicles’.