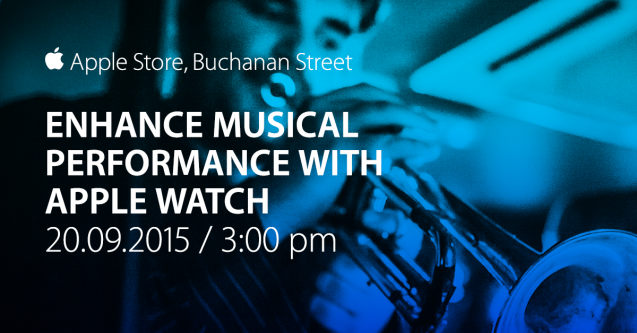 Every now and then all my favorite things come together – as was the case when Gordon Murrison from Open Planet Software contacted us to see if we wanted to get involved in a presentation at the Apple Store in Glasgow. What’s the connection I hear you ask…

Gordon and Gavin MacLean are two brilliant Scottish developers who formed Open Planet Software a while ago. They are the lovely people who programmed the iOS KR Player app for us, us being Eran Kendler, guitarist in the Funkestra and myself (=KnowledgeRocks). Gordon also has a background in music which led him to develop the iOS app ‘Highnote‘ – a brilliant app that lets you speed up and slow down tracks at pitch and also change key. As they managed to tap into all Apple has to offer for developers the High Note app just sounds brilliant. 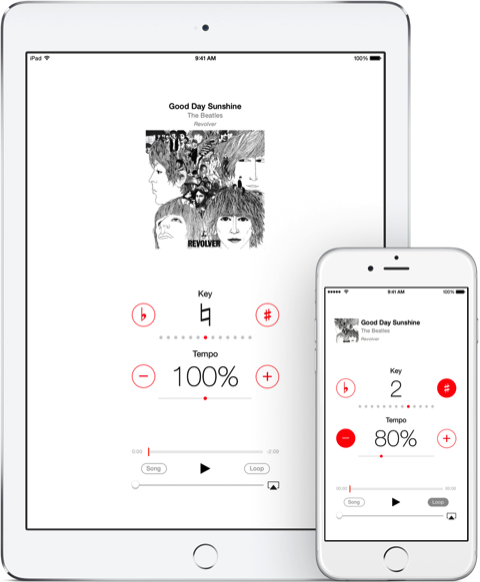 They very kindly integrated the code of ‘Highnote‘ into the KR Player which is one of the reasons why KR Player totally rocks, in our humble opinion.

So Gordon, who was asked to present ‘Highnote‘ thought it would be brilliant to also talk about the KR Player integration and showcase the power of this splendid technology with a live performance of the Funkestra. Granted, we couldn’t quiet manage to take the whole band up this time, however, Eran and myself had a good go at our tunes – playing along to the KR Player and indirectly with Mike, Dave and Jim as we played tunes from ‘Concubine Chronicles’ and ‘The Cooker’.

Gordon, as well as doing a great job presenting the ‘Highnote’ app also gave a quick run down of the history of music technology which was most excellent. 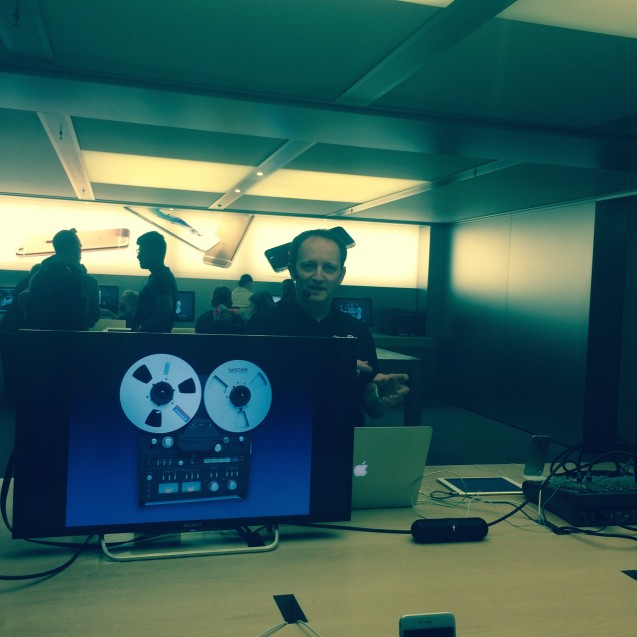 Getting up at 4:40am to take the red eye flight to Glasgow wasn’t your usual Sunday morning but once we were in Glasgow we had a really good day with good chats with new and old friends alike. There wasn’t a massive crowd but their enthusiasm made up for lack of outrageous numbers:-)

Andy Unger, the man in charge of the Apple app store in Glasgow is a super friendly chap and what’s more – he also loves the Funk, and Jazz, and Disco…so my first conversation with him was straight away about Parliament, Bootsy and Herbie Hancock – what are the odds? We felt we were in good hands straight away.

So all in all I had a great day enjoying the fact that we gave a presentation at the Apple store where we presented both the KR Player – Eran and my ‘baby‘ (oops – this might sound wrong) as well as the music of the Redtenbacher’s Funkestra. This felt good and is a vivid reminder of why the strapline of KnowledgeRocks is ‘Music Education Technology‘.

On Sunday, my favorite three things, my personal trinity came together in full bloom and long may it last.

What’s next? I’m hoping for another OPS and KR presentation at one of the Apple stores with Gordon and Gavin and the whole of the Redtenbacher’s Funkestra – (Andy, are you reading this?:-) 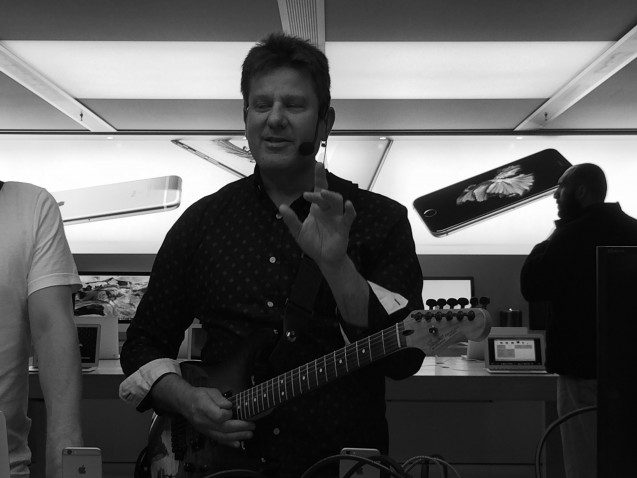