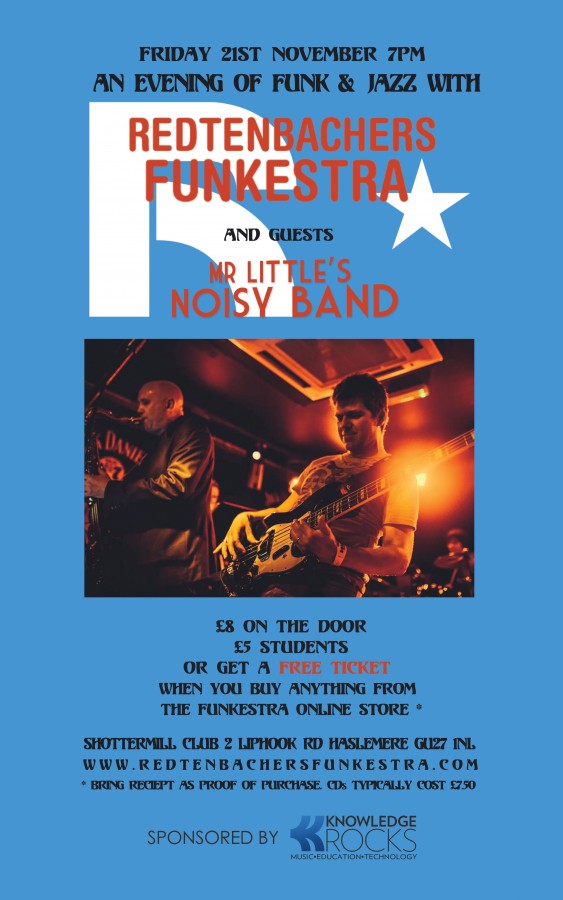 6 months ago we played for the first time at the Shottermill Club in Haslemere with the fab Mr. Little’s Noisy Band. Lots of friends, neighbors, music fans and Funkestra fans showed up to support us. We hope that we can pull off another fun night on Friday, 21st of November.

So come down to a local evening of Jazz and Funk in Haslemere. Get your tickets here.

The gentlemen forming the Funkestra for the evening will be:

We will close the evening with a massive jam a la Funkadelic (maybe a bit more organised:-) and have as many musos from the Noisy Band as possible come up and jam with us.

Looking forward to seeing you all and thank you to Anthony Price for helping us organise this event, Norbert Sipos who will drive miles on his motorbike to be our sound engineer for the evening and Terry McMahon who surely will cut us a fantastic deal on some equipment (Terry, are you reading this?), which we were very much lacking the last time we played there.

With the tables a lot closer to the stage and an improved sound it should make, all in all, a great evening! Let’s hope they didn’t put up the prices for the drink:-)

PS: Here is what Noel Fielding ? la Vince Noir makes of Jazz Funk. Cracks me up every time:-)

“The cerebral musicality of Jazz mixed with the visceral groove of funk.” (Howard Moon) 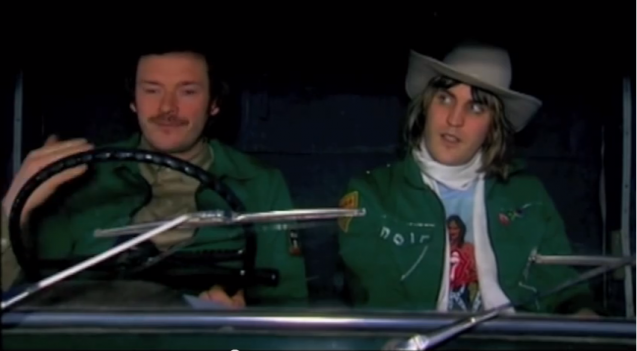 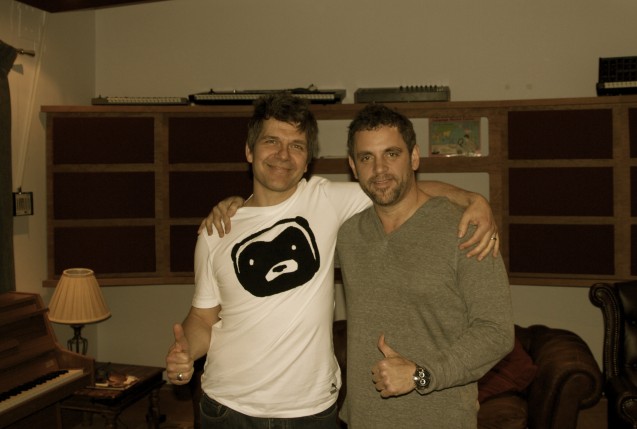 [Tenor saxophonist Andy Snitzer and Stefan after recording session at ‘The Bridge’ in London.]

First of all a big thank you to all the people that came to our gigs, listened to our music and generally took and interested in what we are up to.

Everybody and their ‘frog’ seems to blog about their year and I feel strangely compiled to join the club:-)

However, I’ll keep it compact for those of you who will care to read my summary of 2013. Let’s start with the gigging front:

– Throughout 2013 we continued to invite singers to sit in with us. Thank you Brendan Reilly, Vanessa Hayes, Atar Shafighian and Ana Gracey. Also thank you to alto saxophonist Ed Barker and flutist Steve Rubie for being our special guests.

– In March we played another one of our annual Funkestra Mini Big Band gigs with a 5 piece horn section to a packed out 606 Jazz Club. [See here]

– We released our 7th and 5th full blown instrumental album ‘The Cooker’ in April and had brilliant airplay at US College Radio stations. [Read more here]

– We released two videos: ‘Funky Barbarella’ in April and ‘Crankmaster General’ in May. [Watch here]

– In June we laid down the rhythm tracks for our next album ‘The Time Thief’ with Mike Sturgis on drums, Eran Kendler on guitar, Rob Taggart on Rhodes and Dave Limina on Hammond B3 at Monnovalley Studio in Wales. They were all burning! [See here]

– After 17 performances our run of Farncombe Cavern gigs came sadly to a halt in August. Perhaps we will re-kindle our relationship with the new landlord in 2014. We would love to play on a regular basis again. If you are reasonably local please support us by coming out to see the band.

– Thanks to all the venues and festivals that hired us in 2013 – 606 Jazz Club, Farncombe Cavern, Floridita, Reading Ale and Jazz Festival, Pizza Express, Jazz at Boaters and the Boileroom.

– We made the switch to iPad scores for our horn section – and we don’t look back!

– Eran and myself came out with two apps – ‘KR Player‘ for iPad and ‘KR Author‘ for Mac and we have the entire Cooker album on offer – backing tracks and scores for all instruments in functional bundles! [Read more here]

– In November we recorded tenor saxophone titans Rick Margitza and Andy Snitzer as well as all alto player Chris Hunter. Their performances are just off the radar!

So thanks again to all involved in the Funkestra universe, those at the heart of the operation – Thomas, Mike, Eran, Dave, Rob, Sid and also those who every now and then might check us out on Spotify or YouTube as well as all the promotors, DJs and radio stations around the globe that spin our music.